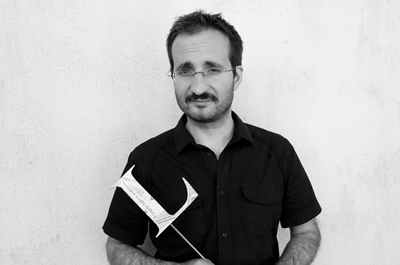 Born in Naples in 1967, ever since a child he has alternated his many talents between creative -technical drawing and music.
After graduating as a surveyor, he has worked in the family trade as a craftsman of wrought iron and other metals.
Iron and the multitude of forms it inspires,  the sounds of the machinery in the workshop and the underground atmosphere of the eighties, transport his art into a social context, the values of which are reflected in the need for space, symbols and new languages for self-expression.
The fusion of art and mechanics, the lightness and harmony of the metal sculptures, have become the distinctive element of his work.
The works of art of Luigi Tirino have been highly appreciated by the private sector, collectors and interior decorators and have been exhibited in national and international exhibitions.
Important works of art and exhibitions: